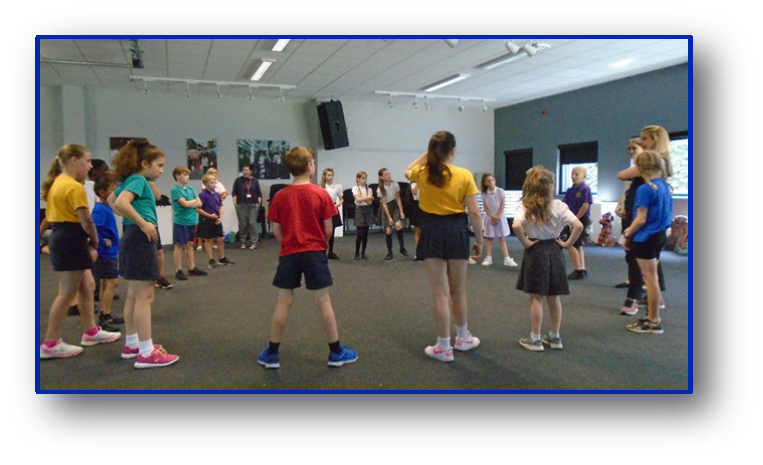 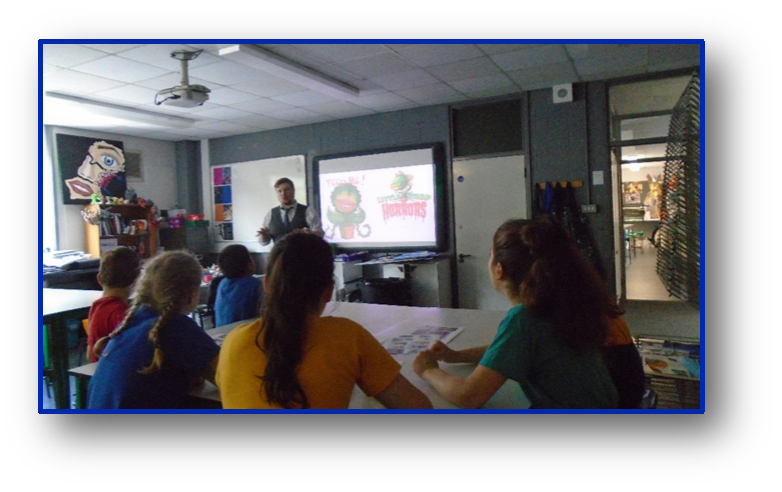 On Thursday some Year 5 children had the chance to visit Valley Park Secondary School to take part in Music, Art and Performing Arts workshops with other local primary schools. The theme of the workshops was set around “The Little Shop of Horrors”. The children learnt the opening song in the Music lesson, a complex dance routine in Performing Arts and shading and sketching of imaginary plants in their Art lesson. 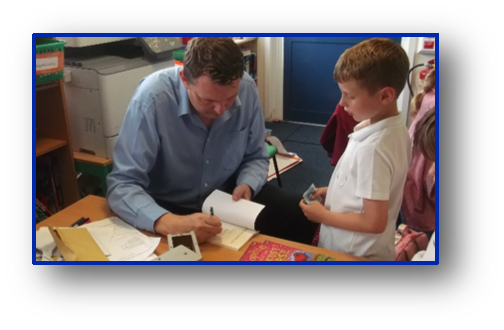 Year 1 and 2 children took part in a writing workshop with the children’s author Stephen Davies.

The outcome for these talented writers was to write their own adventure story based on monsters under the bed!

Firstly, the children designed their own monsters- they had to think about what their monster might look, smell and feel like– their imagination ran wild! Next, the children looked at pictures of a person sleeping and used their wonderful vocabulary to describe the setting.

The children then thought about everything they had discussed and started to write their own story about their monster under the bed – they were excellent! The children were a credit to the school and they came back to school enthused and bursting with ideas for their next big write!

‘I liked writing my story about monsters. Mr Davies was really kind and he helped me with my ideas’ Lucas

‘ I wrote a story about a monster and a boy called Josh. The best part was when my monster ran away! Mr Davies helped me use adjectives to make my story more exciting’ Amelie Our Year 3 and 4 pupils took part in a maths day at Ryarsh. The children worked with maths consultant Mr Hall and were certainly challenged!

‘We had to solve a puzzle with different shapes and they were different sizes. We had to make a butterfly shape without any spaces– it was tricky! We also did some ‘Big Maths’ where we had to answer 40 questions in 1 minute! We ended with playing ‘Maths– who wants to be a millionaire?’. We really enjoyed it and it helped us with our maths– especially our decimal numbers!

Written by Sophie and Jack 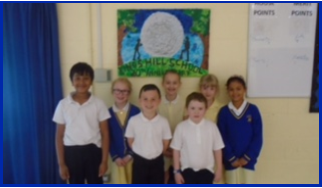 A group of children from Year 4 and 5 went to Ryarsh Primary School for a Science Day. When we arrived, there was a man called Andrew Smith who was talked to us about evolution.

We saw and touched many different animals. There were creatures such as a blue tongue lizard, terrapin, tarantula and toad. We were surprised at how soft the tarantula’s legs were! We learnt all about how the animals survived in their habitats and protected themselves from predators. We had a fantastic day getting up close to these wonderful creatures! 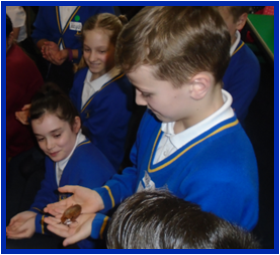 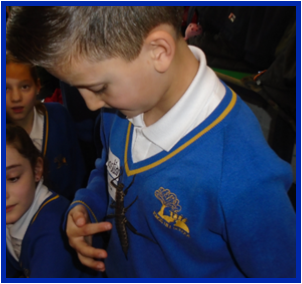 Four girls from Year 5 went to Invicta for a Science, Technology, Engineering and Maths (STEM) challenge day. First we tested how many polystyrene cups could hold our weight. One cup could hold 10kg so we worked out that 7 cups would hold our weight. Next we designed a tin foil boat to hold marbles and in ours we fitted 20 marbles in before it sunk. Then we made a bobsleigh. We used a plastic slab, duck tape, ties, wires and a tube. We launched it using a special pump.

After that, we had 10 minutes to make a catapult to fire blu tack. We loved our design! In every activity we earned points and these points converted to money. We used the money to buy things to make a parachute. The parachute had to hold an egg! There were three tasks: design, accuracy and the slowest. Our egg didn't crack! At the end of the day we made rockets and a rocket got stuck to the ceiling! It was an amazing day at Invicta and we had a great time. 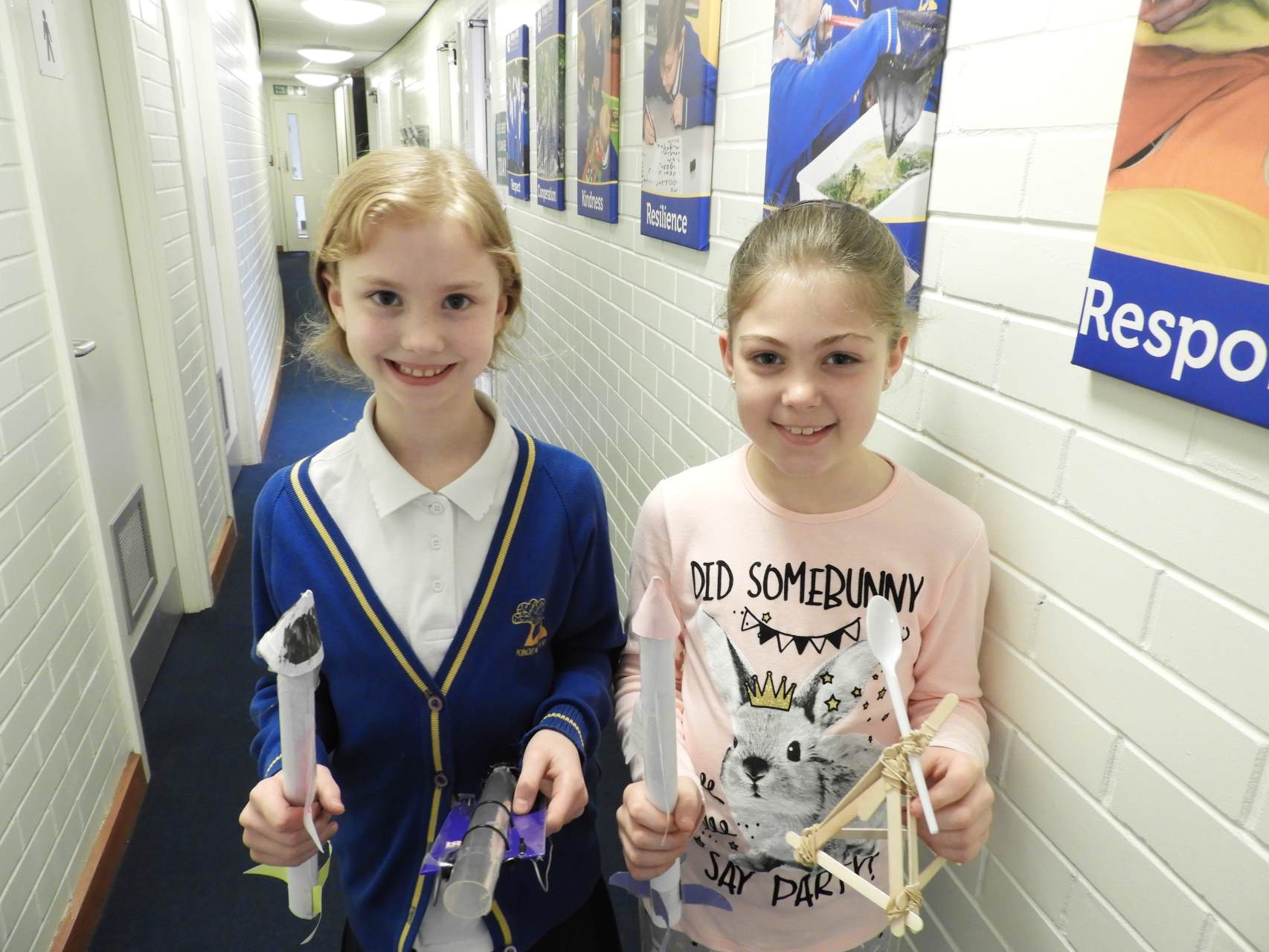 Ten Year 6 children went to Ryarsh Primary School for a writing workshop. We met a man called Adisa (also known as The Verbaliser) who is a poet. Whilst we were there, we had a go at solving some of Adisa’s riddles – they were tricky but we managed to solve them with a bit of team work! Also, we had a chance to see Adisa perform some of his poems and we were inspired enough to write our own.

We started and Adisa let us free-write our poem. Some of us tried to make it rhyme but not everyone did.

It was a fun experience and he inspired all of us to think big when we are writing and to never give up!”

By Corey and Izzy.

We had a thrilling maths day at Ryarsh Primary School. We worked with Mr Hall and took part in many shape and number problems as well as some fun maths games. The best game was when we used coordinate skills to translate shapes in 4 quadrants. The number problem solving activity was tricky – we had to fit numbers into a 3x3 grid with every column including diagonals adding to the same total. We really enjoyed the challenge!

We are very grateful to Ryarsh for inviting us to this exciting and cooperative event. “

Written by Ava and Kyle 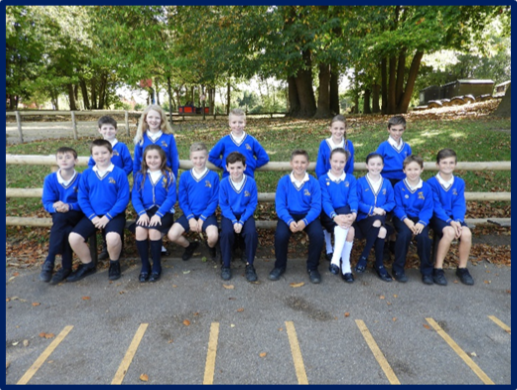 We went to Invicta Grammar School to take part in their Primary Literacy Challenge. When we arrived we went in to the reading room to meet Miss Gulvin, the English teacher and Head of Year 10. We were up against Snodland Primary School and St. Katherine’s Primary School.

The first round was a Spelling Bee where we had to spell out difficult words. Sophie represented Kings Hill School in the Spelling Bee and she won! The second round was called ‘Just a Minute’ where you had to speak about something for only one minute. Hollie represented us on this challenge and we won again!

After break, we took part in round three where we had to work as a team to finish a story using 80-100 words (we used 101 words!) but we won this round too! After lunch was round 4. We had to unscramble words e.g. RAPHARPGA which was PARAGRAPH. We came second in that round. The last round was a game called ‘Antonym Splat’ where we had to call out the opposite of words – we came 3rd in that round.

Overall, we came 2nd and 2 points away from 1st place. It was a lot of fun and we really enjoyed ourselves and learnt lots of new things!

By Sophie, Megan, Holly and Hollie 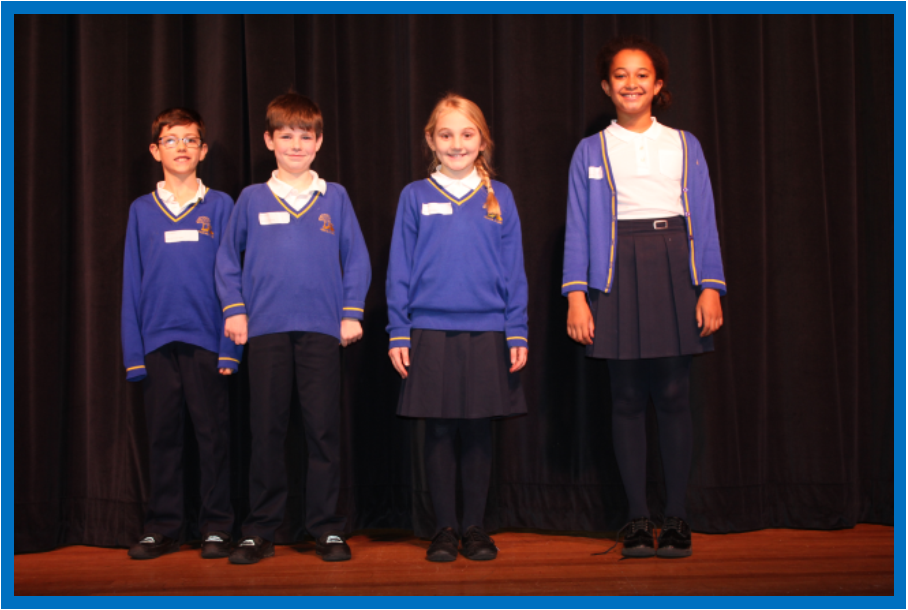 Some of our Y5 pupils, Holly, Evan, Selli and James attended 'The Primary Speaks Competition' at Invicta Grammar School. This is a twice-yearly held competition to promote and encourage public speaking.

Our children were part of a group of 20 from various local schools who took part in this competition. They were split into four groups, with an Invicta pupil as a 'mentor', and were then offered the choice of four subjects to research, plan, write and speak about:-

My favourite book is....

For the better of the world , we should change…

All four children took an extremely active part in the whole process and delivered fantastic pieces, all showing that they had really thought about and understood the subjects they talked about. When it came to giving their presentations, in front of an audience of parents, teachers and some guest judges, they all spoke with great passion and clarity and showed no signs of nerves at all . Well done all! 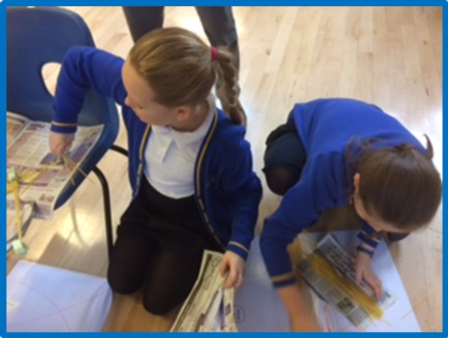 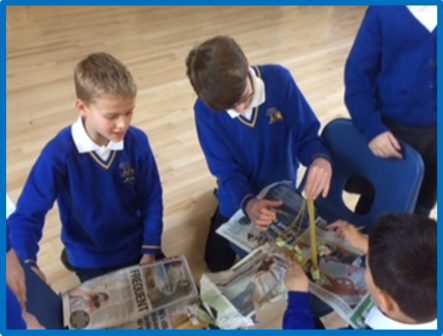 We went to MGGS for a ‘Thinking Skills Workshop’. When we were there we learnt a whole range of ways to use thinking skills, such as Double Bubble Maps, Thinkers Keys, de Bono’s Thinking Hats, optical Illusions and bridge   building.

Double bubble maps are simply used to compare two different objects. Similarities are on the inside and differences are on the outside.

Thinker’s Keys is when you use ‘what if?’ maps and you find   consequence after consequence, for e.g. what if Rosa Parks   didn’t stand up to segregation?

Optical illusions were tricky! They were images that tricked the eyes and showed that you could see things in different ways! In the bridge building, we had 10 marshmallows; spaghetti strands; a pile of newspaper and 10 strips of tape and we had to build a bridge that held the most weight. Our boy bridge held 1.4kg!

To conclude, we would highly recommend this for future pupils and that it was totally worth it and will help pupils in their     secondary schools.

By Thomas, Matilda, Kitty and Sam

Bella, Bobby, Luke and Mrs Gilman from Year 6 went to Ryarsh Primary School for a Science Workshop with Andrew Smith, a professional documentary film maker and mini beast enthusiast. We learnt about many interesting beasts and also about the history of humans; homo sapiens.

We held the snake and stroked a tarantula’s leg (it felt like silk)! We also held millipedes, cockroaches and many more interesting creatures. After break we learnt about a naturalist named Charles Darwin and his best friend Le Marc and how they travelled the world collecting plants, creatures and many different types of food and drink.

In the afternoon we learnt about evolution and how the animals evolved overtime. It was a very enjoyable fact fulfilling day – we learnt a lot.”

Written by Bella, Bobby and Luke

We had an amazing experience at Invicta Grammar School. We battled down with two other schools to an ‘Articulate Challenge’ and came third by only one point! Unfortunately only the winning school got through to the final but we had a blast!

By Ava, Sophie, Olivia and Hollie

Well done to our year 3 and 4 children who represented the school at a Writer’s Workshop at Ryarsh Primary School.

The children met Brian Moses who is one of the nation’s favourite children’s poets and they were inspired to write wonderful poetry.

Evelyn and Daisy were so inspired by Brian Moses that they helped to teach a poetry lesson when they returned to the rest of their class!