These assemblies are very successful and have contributed to democracy at Kings Hill School which is well embedded into school life. Children have the opportunity to vote at the end of each assembly. We have even had a number of visitors form other schools come to our school to watch the assembly in action !

Visitors comment on the children’s ability to articulate their thoughts whilst showing tolerance and an understanding of the views of others. They were amazed at their mature attitude and the breadth of the debate.

KS1 children are not left out in any way. They also debate the question in class – allowing them to understand the importance of asking questions and developing an innate curiosity of the world around them. Many of them look forward to becoming a junior so that they can vote in assembly!

Our Value Ambassadors have a key role to play in the assembly and help facilitate the questions and answers. As a Values Based Education School we place emphasis on children developing reflective thinking and ethical vocabulary. 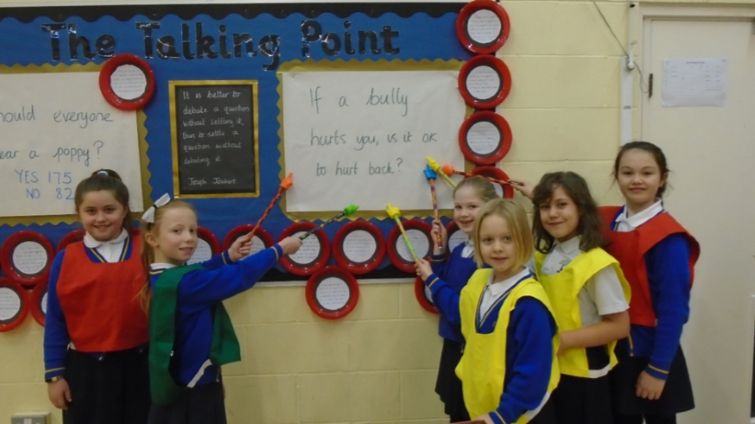 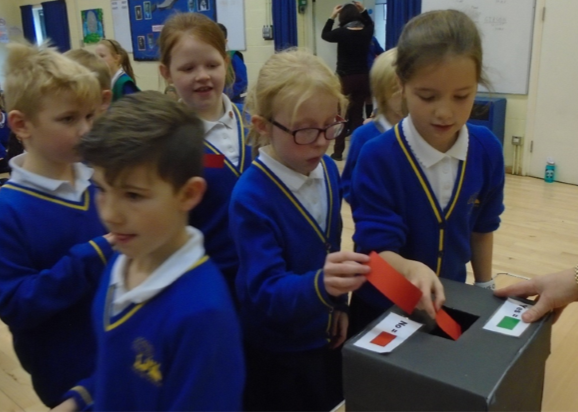